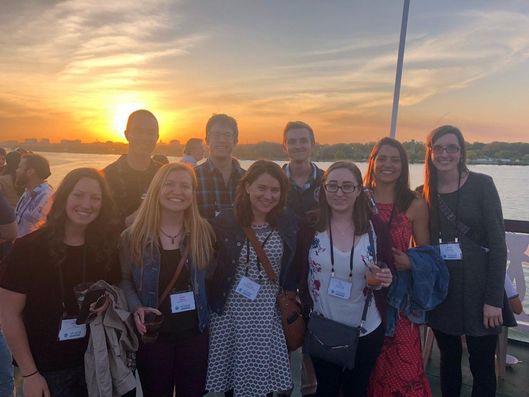 People in the Lab 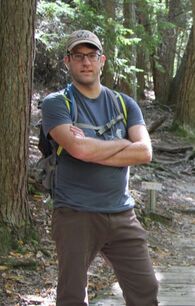 ﻿Dav﻿id Coste﻿llo
﻿
Dave received his BS from Hobart College in 2004 and his PhD from the University of Notre Dame in 2009. After finishing his PhD, Dave was a postdoc at the University of Michigan's School of Natural Resources & Environment. Broadly, Dave is interested in how human activities affect the functioning of rivers and streams. Current interests include expanding our perspective on limiting nutrients beyond N and P, understanding whole-ecosystem effects of contaminants, and developing techniques for studying streams at a global scale.
​Google Scholar page
CV (updated Aug 2020) 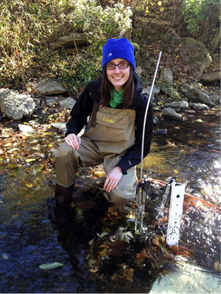 ﻿
​Andrea Fitzgibbon - PhD Student
﻿
Andrea received her BS from Wheeling Jesuit University in 2012 and her MS from Ball State University in 2014. Andrea developed her interest in stream ecology while working in the Stout Lab at WJU where she assessed how elevated conductivity from industrial activities influenced organic matter processing. She then took her interests in streams and ecological processes to the Bernot and Wyatt Labs at BSU where she used microelectrodes to quantify the influence of algal biofilm metabolism on benthic microbial activity and ecosystem dynamics. Andrea is excited to merge her previous research experiences to understand how stream ecosystem processes are influenced by human activities. 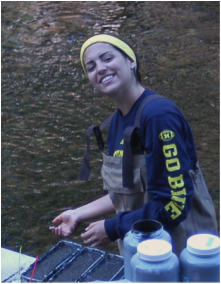 ​﻿Raissa Mendonca - PhD Student
﻿
Raissa received her BS from Universidade Federal de Pernambuco – Brazil in 2014. In 2012, she was part of program Science Without Borders and attended the University of Michigan as an exchange student for a year. In Michigan, she had the opportunity to work with Dave and other great people while in Allen Burton’s Ecotoxicology Lab in the School of Natural Resource & Environment. Raissa is mostly interested in ecotoxicology and biogeochemistry, and how environmental disturbances affect aquatic communities and ecological processes. 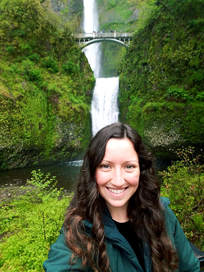 ​With global eutrophication in mind, my research aims to understand the effect nutrients and trace metals have on freshwater algae at the community level. My goal is to contribute to the body of literature surrounding harmful algal blooms (HABs) to facilitate better water management decision-making and ultimately reduce the occurrence of HABs. Beyond aquatic ecology, other research interests include ecological stoichiometry, ecotoxicology, nutrient cycling, biogeochemistry, and water management. In my free time, I enjoy reading, running with my husky, paddling and yoga. ​﻿ 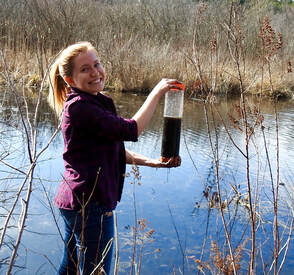 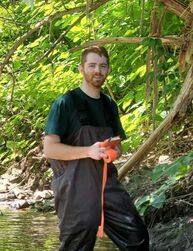 Andrew Blinn -  MS Student
﻿
Andrew received his BS from Penn State University in 2016. He then worked as a naturalist for the Maryland Park Service and Delaware State Parks, where he taught and developed interpretive programs for students and community groups. Now, he is exploring ways to quantify and model the effects of disturbance on aquatic ecosystems as well as the role human interactions have in shaping flow regimes at the watershed-scale. More broadly, he is interested in facilitating a more informed decision-making process for watershed and natural resource managers. Andrew is currently searching for PhD programs to continue his research interests upon completion of his Masters. 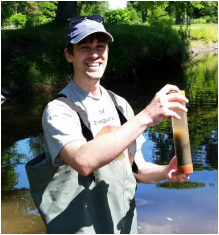